Susan E. Buxton became the Director of the Idaho Department of Parks and Recreation on April 19, 2021 – returning to manage the agency where she was once a member of the policy-making board. 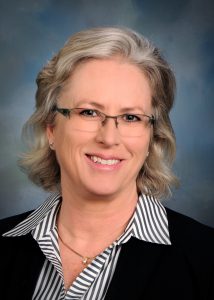 The Idaho Parks and Recreation Board announced Buxton as the interim director in August of 2020, and she served as the temporary director until accepting the full-time position.

Buxton previously held the position of Administrator of the Idaho Division of Human Resources. At Parks, she replaced David R. Langhorst, who retired in mid-2020.

From August 2012 to early 2016, Buxton served on the Parks board before taking over the state’s Division of Human Resources. Previously, she worked extensively as an attorney, representing local governments and a variety of other clients in the areas of water rights, land use, public finance, employment and government relations.

Buxton graduated from Whitman College and the University of Idaho, College of Law.